"Hey. How's it going? Name's Adam McCall. Pleased to meet you. My buddy, Angel Stevie, has asked me to give you a rundown on what life is like when the Six fixation is running the show. In a word: frustrating.
"Phew, now where do I start? OK, imagine that you're standing in front of two closed doors, and you have to choose only one of them. Now, you know that behind one of the doors is the sexiest babe you've ever laid eyes on, and who would make you feel soooooo good. Behind the other door is the cutest, smartest girl, the one who is just right for you to marry, settle down, and have some kids with. Which door do you choose? It's a nightmare! I mean, I would stand in front of those doors all day, weighing up the pro's and con's, leaning one way, then changing my mind and reaching for the other handle. Torture.
"Actually, that's probably not a very good example for most of you, is it? So, imagine you're at the gym, and a hot chick wants you to . . . oops, sorry. One track mind! What can I say? I'm a sexual subtype.
"People tell me I look confident on the outside—which is true, you have to make sure people think you aren't weak or vulnerable—but inside it's turmoil. I mean, whenever you make a decision, 50% of the possibilities are gone, aren't they? Forever. That means you might have missed out on something important. Something that you might need to stay safe, or even to stay alive, later on; it's a dangerous world out there, man. Crazy people everywhere . . . and some of them want to hurt you bad.
"Now I don't want you to think I'm paranoid or anything, it's just that it's easy to get taken in by people, you know. You have to be really careful. Sometimes people say one thing but they mean something else entirely. You can't just trust what people say, you gotta dig deeper, and really get to the heart of the matter. I do notice that it's frustrating for some people when I can't let something go until I'm 100% sure everything's gonna be OK.
"Some days, though, I just have to get out of Dodge and jump out of an airplane or something. It's like my brain will explode with all the things I have to worry about if I don't let off some steam . . . "
ADAM'S FULL STORY 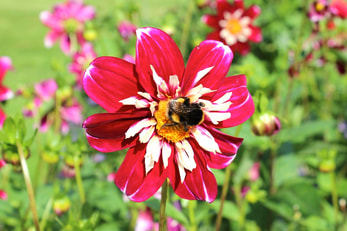 "Hello. My name is Amir. It's very nice to meet you. Angel Stevie has asked me to speak to you today about the Six fixation. Well, it's pretty simple to sum up: it's confusing. I mean, will I ever make a decision without being completely conflicted?
"When it comes down to it, life is dangerous, right? Danger is literally waiting around every corner, in every phone call, in every email, in every stranger on the street. I get anxious each morning even before I've gotten out of bed because i know that when I look at my phone or the news that there's going to be some bad news or other: dangerous dictators going to war that threaten the safety of everyone on the planet; the next deadly pathogen to make itself known that could wipe out life on earth as we know it; the next technological threat to our security, like money no longer having any value, so all the time and effort that I've put into my future survival plan will have been for nothing.
"Now I have to mention something about the subtypes of the Six fixation, which are all quite different.  I mean, I look and act nothing like that spunky Adam McCall who you just met. Boy, he's hot, isn't he?. But he's a sexual subtype, obviously, so for him it's all about being strong and beautiful, being dominant and on top. I, on the other hand, am a self-preservation Six, which means all of my fixated energy goes into just staying alive. I'm constantly scanning the environment looking for danger; I'm constantly checking to see if my body is healthy, and obsessing over every little sniffle or ache; I'm spending a lot of my time making sure I have a quiet, safe place to live, which doesn't have to be grand or lavish, just safe and secure; I need to always make sure I have a small reserve of money, and preferably a regular income stream, so that I can keep the wolves away from my door. Really, by the time I look after all of that, there's hardly any time left to practice my Sufi whirling, or writing even a few stanzas of the poetry that I love so much.
"I know, it sounds tiring, doesn't it. Well, the reason for all of this activity, finally, is that when I stop I know fear will be show up, and fear just feels so unpleasant,  like I'm going to die, that I'll do anything to avoid feeling it, to the point of making believe it isn't even there . . . "
AMIR'S FULL STORY
ENNEAGRAM SUBTYPES
BEYOND THE MIRROR: THE PLAYERS
Proudly powered by Weebly
"Let there be peace and love, among all beings of the universe. Let there be peace, let there be peace. Om Shanti, Shanti, Shanti" - Papaji